BRAIDS – MEMORIES OF THE NARRATOCENE

When the Catastrophe occurred, part of humanity took refuge in the Greenhouses. They survived there, locked up for over a century, in the company of selected plants and animals. Outside, the wars finished exhausting themselves and the climate stabilized: the time came to reclaim the Earth.
BRAIDS tells the story of an expedition in this now foreign universe, and the reunion of the inhabitants of the Greenhouses with a humanity that has followed a different path. The heroine, welcomed by a tribe living in autarky in an extinct volcano, sees her relation to the world and to others profoundly challenged.
BRAIDS also collects the intertwined stories produced by humans in a time of dramatic change—this future age when our species is about to diverge into new branches. In this transitional era, stories are at the heart of our experience of the world: the narratocene.

Léo Henry is old enough to remember the Chernobyl disaster (narrowly). He writes books (but not only), mainly science fiction (but not only). For this book, he really enjoyed the research and documentation work. He is not quite sure that fiction and reality are opposed concepts.

“We are immortal not because our knowledge will survive but because it will fade and give way to something else. We are the humans of the narratocene: slow, powerless, fragile, connected to each other and to all that proliferates around us. We live to speak and lend voice to the spirits, desires, goats and nostocs that are like us, to machines, to the principles of thermodynamics, to geological movements, to DNA sequences, to centuries, to music and to death. We are voices, air vibrations, signals emitted, degraded, muffled, we are contradicted, completed, refined and intertwined messages.
We are not saying: we should say that, we are saying that.”

Leo Henry is a writer of fantasy and science-fiction, comics writer and role play.
Denis Vierge is an illustrator renowned for the art of his “narrative drawings”.
Hervé Le Guyader, professor of evolutionary biology, is a scientist world-renowned for his work in conceptualizing a new phylogenetic approach to the evolution of life and the classification of living organisms. 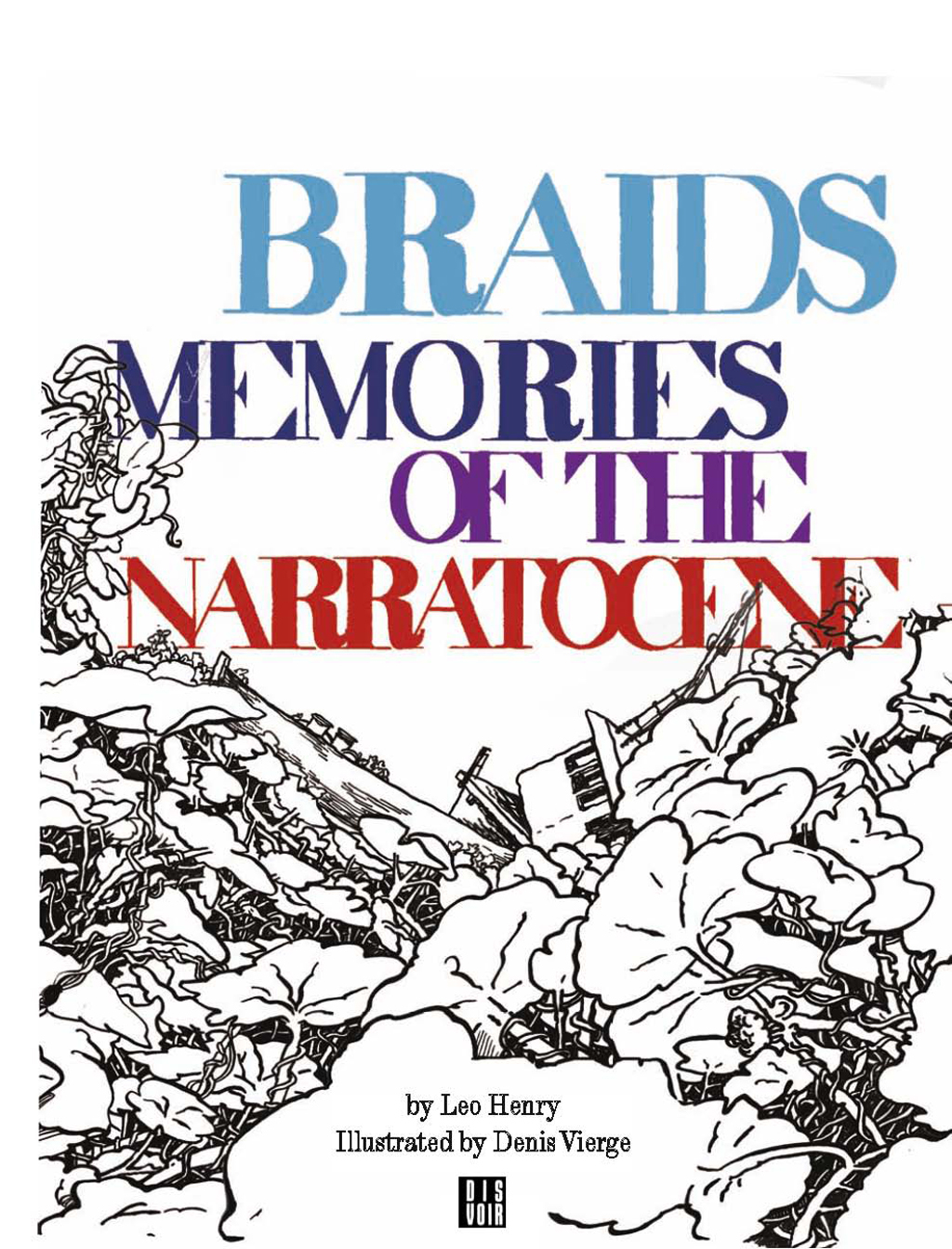