THE ADVENTURES OF PERCIVAL - A PHYLOGENETIC TALE

The Adventures of Percival retakes a metaphor often used when one wants to evoke questions of probability:A chimpanzee randomly typing will sooner or later end up composing a sonnet by Shakespeare.

The character of McIntosh, a gardener-mathematician, the spiritual cousin of Baron Münchhausen, decides to take the fable seriously. Helped by a real chimpanzee, called Percival, and a typewriter, he undertakes to perform the whole experiment. Obviously things don’t go as planned, the chimpanzee proves to be less docile than one would have thought, showing mischief, intelligence, even scruples, then an evolved conscience. Slowly, as the story unfolds in the shape of variations on the same theme, one realizes to what extent the human and the chimpanzee can be close, like two brothers. In the last chapters one learns how to transcend the eternal distinction between man and animal by venturing towards the vegetable.

The Adventures of Percival by Pierre Senges draws inspiration from the works of Dominique Lestel, a philosopher-ethologist, and Alain Richert, a landscaper-botanist. It takes into account (as it pleases) the most recent speculations as far as ethology is concerned, and twists the use of ethograms (description of behaviours) in order to find other ways of telling fables. Nicolas de Crécy’s drawings are there to bring a bit of scientific rigour to the fantasy, and vice-versa. 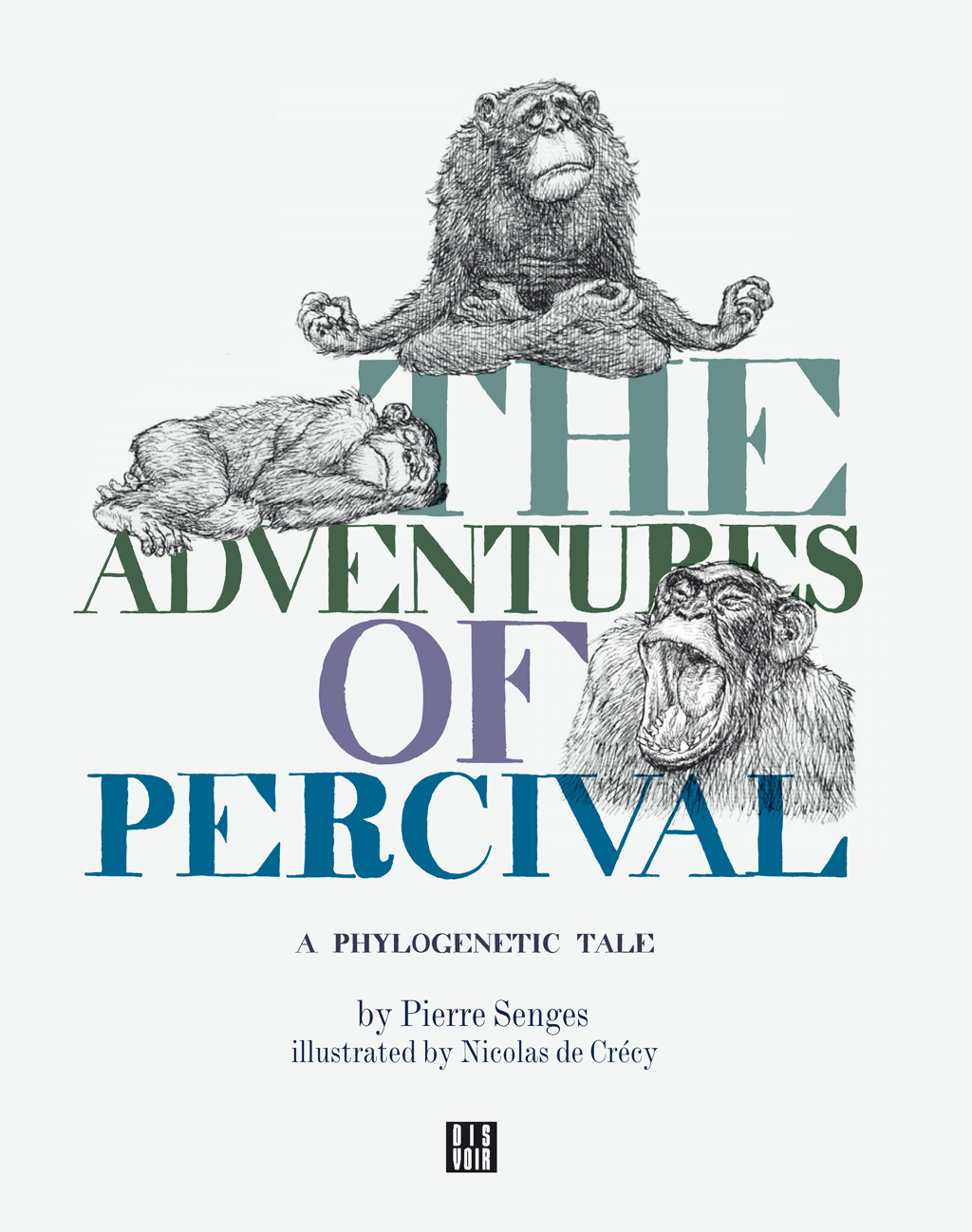